Guests are always welcome at our meetings!  They are held on the first Wednesday of the month (excluding holidays) at 7:30 PM at the Oxnard Performing Arts Center (map below).  The format includes an educational presentation, followed by refreshments, and a short business meeting.

Our Pebble Pup meetings are held on the first Wednesday of the month (excluding holidays) at 6:00 PM – 6:45 PM.

Geologist Sandy Zucker will discuss the history and geology of this world famous, unique ore deposit and mineral locality, highlight some of the rare minerals found here, or only found here, and take you on a visual tour of the dazzling fluorescent mineral displays found in the mines of Franklin and Sterling Hill. 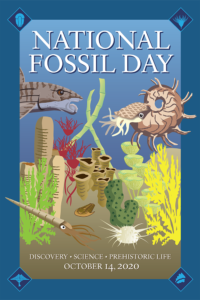 The 2020 National Fossil Day Logo is inspired by the rich diversity of Permian marine fossils found at the Guadalupe Mountains & Glass Mountains of west Texas & New Mexico. The Permian Period (299 to 252 million years ago) represents the last geologic period of the Paleozoic Era, which ended with a massive extinction event at the boundary marking the end of the Permian & the beginning of the Triassic Period & the Mesozoic Era.

The theme for this year’s art contest is: “Life of the Paleozoic Oceans!” For this theme we would like contest participants depict aquatic organisms from the Paleozoic oceans, particularly those found in the United States of America.

We want to find out where you would like to collect specimens in 2021.  Click on the link for the survey. 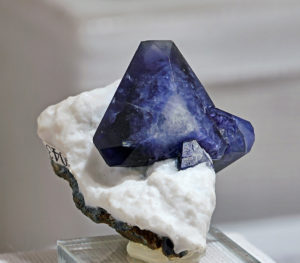 California is an extraordinary state for rockhounding.  Geological forces have created one of the widest varieties of rocks and minerals found in any state.  Known as the ‘Golden State’, California has named Gold as its state metal, Serpentine as the State rock and Benitoite as the State gemstone.  This talk will feature benitoite, lapis lazuli and vesuvianite.  Our presenter will be Geologist Walter Lombardo of the Nevada Mineral & Book Company.

We will be holding the July OGMS General Meeting online.  We will be using “Go To Meeting” to host the meeting.  I will “open the doors” at 7:00 p.m. We will start the meeting at 7:30 p.m. 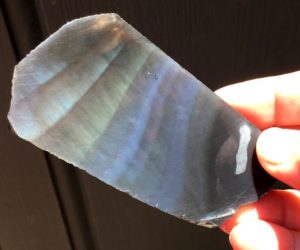 We will “open” our doors at 7:00 p.m. to allow our Members to socialize.  We will begin the meeting at 7:30 p.m.  Terry Wilson will show us colorful obsidian collected on the 2018 CFMS trip to Davis Creek, California. Her talk will outline the trip itself, the various types of obsidian found in the area, and include tips for working with obsidian. Terry has exhibited rainbow obsidian in the last two Ventura County Fairs, cabochons showing the cat-eye effect with rainbow obsidian, and rainbow obsidian in the rough, respectively.   Missed the meeting?  See the recording.  https://www.youtube.com/watch?v=9vIRNbley7E 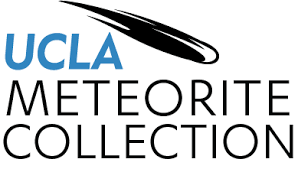 October 18, 2020, 2:30 p.m.
Free Lecture: The Golden Age of Sample Return Missions from Space:
What comet samples have told us about the origin of the solar system

In the past 15 years, space missions have returned samples of the Sun, a comet and an asteroid for detailed study by state-of-the-art methods in laboratories around the world.  Samples from two additional asteroids are being returned by current missions and return missions from the Moon and Mars are planned.  Starting 30 years after the last Apollo lunar mission, some have called these new missions the Golden Age of post-Apollo sample return missions.

In this talk, Dr. Donald Brownlee, University of Washington, will describe the Stardust mission and how the ancient rocky materials it returned from an active comet have given us important new insight into the formation of icy-bodies near the edge of the solar system.  Just as Moore’s Law led to vast improvements in our computers, analogous advances in microanalytical methods have led to unprecedented capabilities for studying extraterrestrial materials.  In the case of comet samples, the analyses have found abundant rocky materials that formed at incandescent temperatures, probably in the inner solar system.  Such materials were profoundly unexpected components in a body whose ices formed at cryogenic temperature.  Their presence in comets is evidence of large scale transport of rocky materials from the hottest regions of the early solar system to its coldest parts.

Fossil Thieves stole several fossilized footprints, which had been left in a lakebed by mammals and birds, were missing. Now, Ryan F. Mandelbaum reports for Gizmodo, the National Park Service is asking for the public’s help in identifying a group of backpackers who may have information on the ancient tracks.  In a statement, the National Park Service released the photos of three men who might have witnessed the crime or have knowledge about the disappearance of the footprints. Investigators are offering an award of up to $1000 “for information leading to the identification, arrest, and conviction of those responsible,” the statement reads. According to Mandelbaum, investigators are planning to interview visitors who frequented the Park at the time of theft, in the hopes that someone will be able to provide valuable clues.

Destroying—or pilfering—the property of national parks is prohibited by law. “It’s illegal to collect fossils, rocks, or anything else in National Parks,” Park Superintendent Mike Reynolds said in a statement about the fossil thefts. “The purpose of National Parks is to conserve the landscape and everything it contains for the next generation. I ask that visitors come and enjoy all there is to see, and to leave it unimpaired for others to enjoy.”

The National Park Service has asked anyone with information about the stolen fossils to call the Investigative Services Branch at 1-888-653-0009.

The Oxnard Gem & Mineral Society meets at the: